Established in 1957, Farrell & Nephew has been a part of the main street in Newbridge for almost 60 years. From Bookshop to Gift Shop to Newsagents to Tobacconist to School Book Shop, we are constantly evolving to meet the needs of our community.

Farrell & Nephew started its life as “Farrell’s” in 1957 by Mr & Mrs Farrell (Michael & Kitty). Previously, the building had been occupied by O’Donnell’s Grocers. Farrell’s in the early years sold general grocery items along with gifts, toys, Irish crafts and books. Michael looked after the books, grocery and tobacco while Kitty was in charge of the giftware, crafts & toys.

In 1997 after the sad passing of Kitty, Mr. Farrell was joined by his nephew, Dermot Finnegan to assist in the running of the shop. The business name was updated several years later to “Farrell & Nephew”. In 2002 Michael passed away and Dermot took over the business.

In 2012 Farrell’s began selling school books and expanded our range of stationery, art supplies and teachers materials. Since then our school book business has grown each year. Our website was launched in June 2015 as a school book ordering service for our customers. 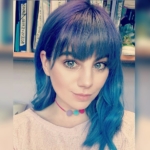 From: The Curragh, Co. Kildare

Favourite Books: The Harry Potter series by J K Rowling, Only Ever Yours by Louise O’Neill 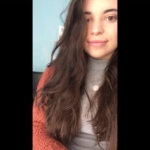 Favourite Books: Asking For it by Louise O’Neill, The Harry Potter series by J K Rowling